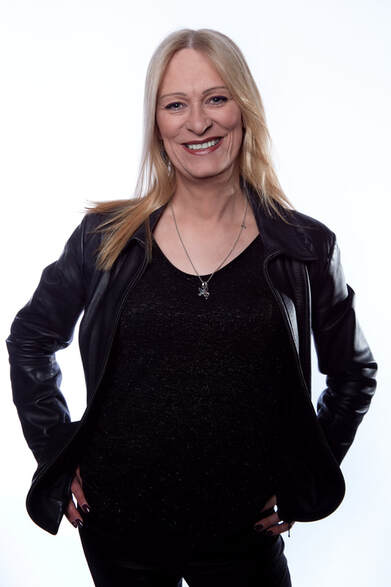 Bobbi Pickard is a Diversity Equity and Inclusion professional with many years senior operational and programme management experience in the banking, trading, technology and energy sectors.
As the first openly transgender person in bp she transformed transgender awareness globally within the company.
She is CEO of Trans in the City an organisation she founded in response to seeing a lack of co-operative working between global corporates to help the trans and non-binary community and has transformed it into a global organisation with over 350 major organisations collaborating on furthering trans awareness across the world.
Extremely active in all areas of diversity Bobbi speaks at many events around the world on LGBTQIA+ inclusion in business, trans issues and diversity and inclusion in industry. She is in demand on radio, TV and other online mediums.

Bobbi is a Diversity Role Model, a very proud golden champion of Stonewall Housing, a council member of OUTvertising and an ambassador for MindOUT.

She is the first trans person ever to close the London Stock Exchange, was voted #1 in the Yahoo Finance OUTstanding 50 LGBT+ Future Leaders’ List 2019, #4 in 2020, included in the PWC Stonewall 50 Inspirational Role Models 2019, was winner of the Rainbow Honours LGBTQ Champion Award 2019, the Nestle Diversity Champion Award at the 2020 British LGBT awards, placed #14 in the Pride Power List 2020, 12 in 2021, was a business nominee in the 2021 Diva Awards, winner of the Diversity Hero Award at the European Diversity Awards 2021 and was awarded Changemaker of the Year 2022 by Stonewall. She has raised over £250K for LGBTIQA charities in the last 4 years.

After very many years when she struggled to stay alive she now finds such joy in life. That joy does not extend to tomatoes, aniseed or sultanas.
​
She plays guitar, bass and sings, enjoys painting, has two grown up children and lives in Bristol, UK
​

On a Personal Note
One of the great things about being old, well 50 (and that seems really old to someone that was very surprised at the time that they'd lasted until they were 30), is that I've spent an inordinate amount of time reading and learning about being transgender, listening to people's views (good and bad) and understanding how it all relates to me.

​I say me because I, like 5% or 0.5% or 1.6% of the population or whatever statistic you'd like to believe am transgender - I have been all my life, I was born like it as far as I'm aware and my earliest memories are sitting  underneath my mum's ironing board hating the fact that I was being made to be a boy and do boys things.

This is usually the point where people expect me to go floating off into some fluffy pink cloud and describe how I wanted fairies riding unicorns to sweep down and make the world right for me or go through in intense detail every stress and strain of growing up with a mind and body that are constantly arguing with each other. I'll refrain. I've written about some of it and you can find it in the articles section but only to illustrate points that I want people to understand; I've written, or started writing at least, the whole and complete narrative of my early life but I doubt I'll ever publish it because frankly who cares about the time I felt rubbish being made to go to a football club or how I bombed out of sixth form because I was an utter mental wreck.

All you need to know is that almost 50% of trans children attempt suicide and almost all of them have a miserable, tough and lonely time; my childhood was no different. The internet is a better place without my moaning about it. Go and read Watership Down instead, preferably in the sunshine where there are primroses.

One of the things that constantly annoys me about being transgender is that so few people truly know what it is and how it effects individuals - its this that I want to change and it's this along with wanting to stop anyone else taking the long and challenging journey I have made that drives me to do everything I do.

I take an open minded and pragmatic approach to both training and trans inclusion in the workplace - its absolutely possible to make trans in the workplace a positive and affirming experience not just for transgender and non binary people but for everyone.